February proved to be the most successful month in the recent six months. The digital asset No.1 has been losing ground since August 2018, which is the most prolonged period of consecutive red months in the history of the asset. However, now BTC is 7% higher than at the beginning of February. While it is still too early to claim the reversal, this development might be interpreted as a positive signal and may eventually translate into a sustainable recovery above $4,000 in the coming weeks.

At the time of writing, BTC/USD is changing hands at $3,780, mostly unchanged on a day-over-day basis. Considering a large number of strong technical indicators clustered between the current price and $3,900 handle, the bulls will have a hard time making their way towards the above-said $4,000 resistance. However, once it is cleared, $5,000 will be back in focus.

According to Justin Sun, the founder of the 9th largest cryptocurrency TRON, Bitcoin will hardly be able to surpass this level in 2019. However, should it succeed, the upside momentum will gain traction, signaling that the year-long bear trend may be behind us. 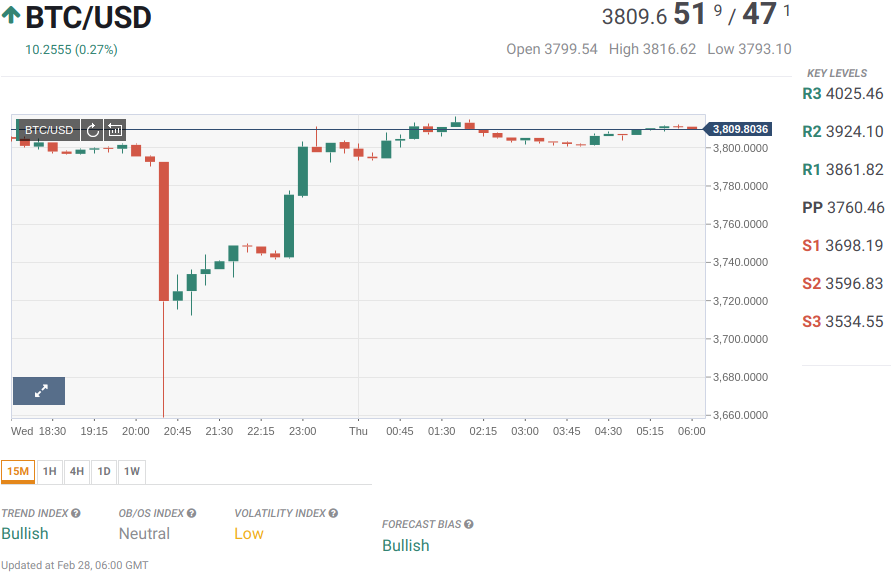