BTC/USD recovered from the recent low of $4,948 to trade at the $5,225 level at the time of writing. BTC/USD has gained 3.5% on a day-on-day basis and mostly unchanged since the beginning of Wednesday moving within the recent upside channel.

Meanwhile, a prominent figure in the crypto industry and a famous cybersecurity expert John McAfee believes that the Bitcoin price of at least $1 million is justified by mathematical formulas. He also pointed out that behavioral economics of digital currency was totally different from that one of traditional financial markets, which means we cannot extrapolate stock market paradigms to predict Bitcoin price movements.

“Come on people!!! It’s time to brush up your basic math skills and run some f*^#$ng numbers!!!! It is mathematically impossible for Bitcoin to be less than $1 mil by the end of 2020. Bitcoin is not an effing stock!!! You can’t apply stock paradigms or formulas and expect answers,” he wrote in his Twitter account.

From the intraday point of view, BTC/USD moved above SMA50 4-hour (currently at $5.135). This handle now serves as an initial support area. once it is cleared, the sell-off may gain traction with the next focus on a strong psychological barrier $5,000 underpinned by the lower boundary of the above-mentioned upside channel and SMA100 (4-hour). 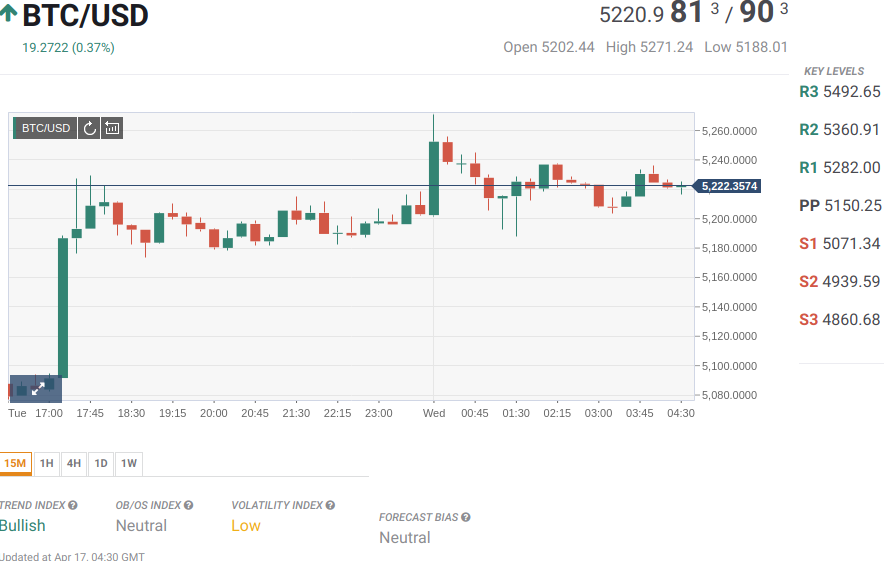