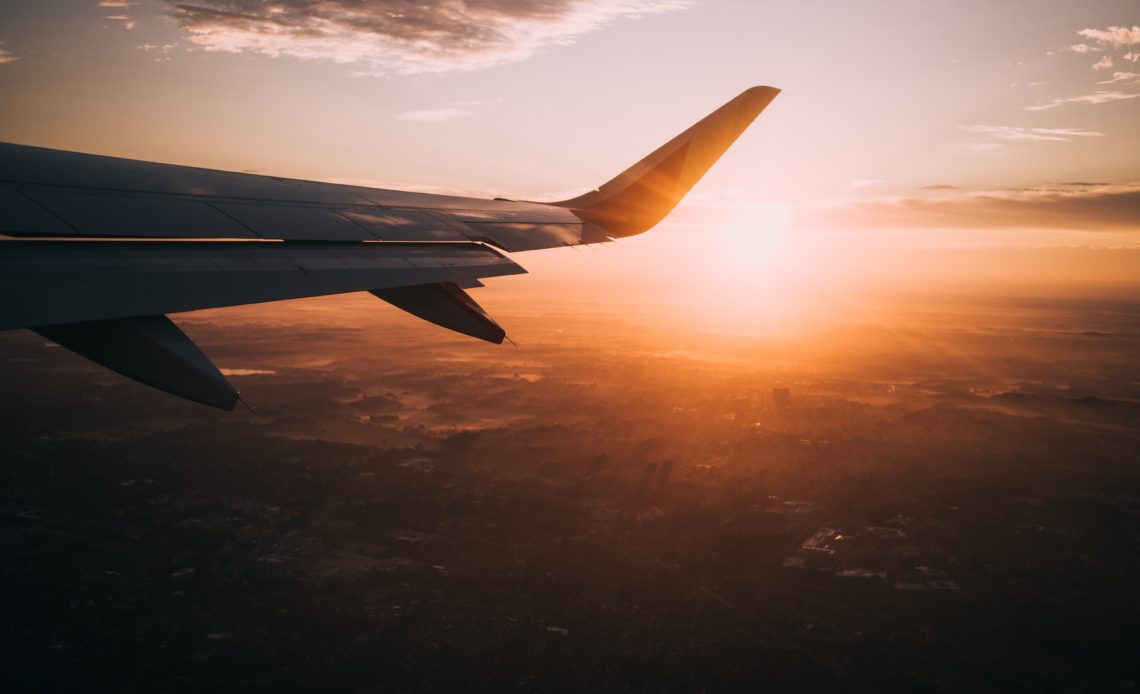 I’m sure you’ve heard the popular adage: “great minds think alike.” While this seems true in scientific contexts, in the case of finance, even cryptocurrencies, this is far from the case. If you don’t get what I’m referring to: the question “has Bitcoin (BTC) bottomed?” has pained crypto investors since BTC plummeted to $3,150 in the middle of December.

While some, especially those subscribed to the Hyperwave theory, claim that cryptocurrencies are poised to head lower, leading analysts across the board to claim that bears have bitten the dust at last.

In a recent Twitter post, a trader going by “Mr. Anderson” claimed that if history is followed, Bitcoin established a long-term bottom in the low $3,000s. He remarked that throughout Bitcoin’s entire history as a liquid, tradable asset, BTC’s daily chart has only seen a Relative Strength Index (RSI) reading of above/near 85 in bull cycles. 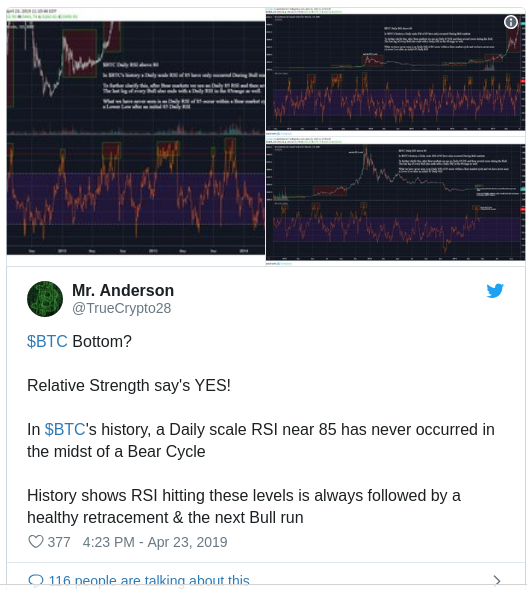 Anderson adds that history shows that RSI hitting 85 and beyond is “always followed by a healthy retracement and next bull run.” This, for those unaware, means that while Bitcoin could soon see a temporary pullback, the bear trend is over more likely than not.

Tom Lee recently made a similar remark. The Fundstrat head of research/co-founder recently remarked that his firm’s Bitcoin Misery Index has only posted readings of above 67 (happy/bullish) in bull markets. And guess what? The proprietary indicator printed an 89 on the day after BTC rallied past $5,000 for the first time since November. As he explained:

Simple chart structure also suggests that the downturn is finally over. Trader CL recently accentuated, Bitcoin’s one-day chart from August to now looks eerily like that of the bottom of the 2014 to 2016 market cycle. In fact, three specific events in these two cycles are effectively identical from a technical standpoint. Firstly, the capitulation event saw a monumental red volume candle. Secondly, a failed bear market rally occurred on little volumes. And lastly, the breakout past resistance was met with record buying volume. As CL writes: “if history repeats, we’re out of the bear market.” 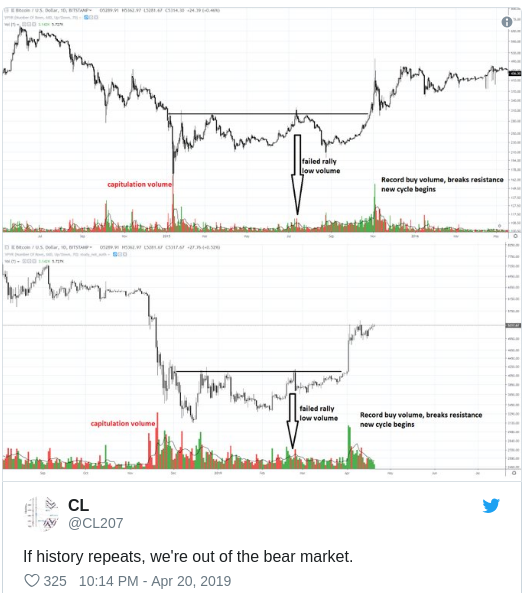 Fundamentals, too, are showing that BTC is likely soon to rally. Willy Woo recently remarked that the Balanced Price indicator from Adaptive Capital’s David Puell looks as it did when the 2015 – 2016 bear market came to a close. NVT Signal’s recent action resembles that seen in early-2015, which came after BTC established a long-term floor. Woo’s very own Cumulative Value Days Destroyed indicator, which has historically caught bottoms to near a tee, showed that Bitcoin recently broke out of an upper accumulation band following a strong, convincing bounce off the lower band. And three key iterations of NVT have begun to converge, looking much like they did at 2015’s bottom.