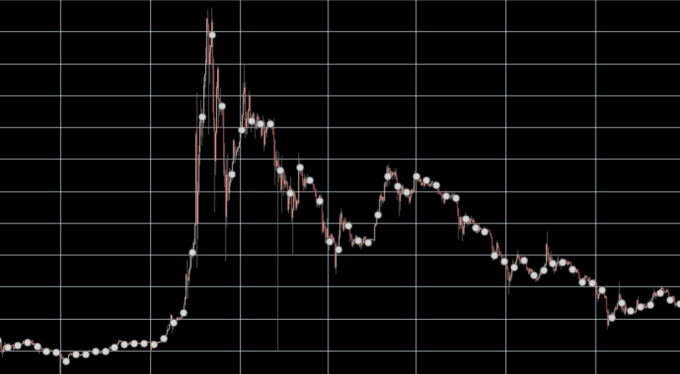 Several market indicators and factors affect the price movements (bullish or bearish), in which traders and miners manage their positions accordingly. However, one thing which the miners have to account for perpetually is the mining rewards.

Since it is decreased by half every four years, the miners must decide on how to run their set-up profitably in the future. This accounts for the supply of the system. Moreover, inflation is Bitcoin [BTC] will also reduce considerably as the production decreases. Currently, the inflation on Bitcoin is above 3.5%. All of this, in turn, affect the price greatly.

The reduction in mining rewards is a periodic process designed by default in Bitcoin [BTC]. These are facts and principals that miners and traders all have knowledge of, and the market sentiments are guided by similar reasons every four years. Tuur Demister, the Co-founder of Adamant Capital, has established an analogy between the price action and halving timelines.

This analogy is slightly different from the ‘bull and bear cycle‘ which is estimated on a linear price scale as opposed to this one. Furthermore, the analysis is performed on a logarithmic scale. 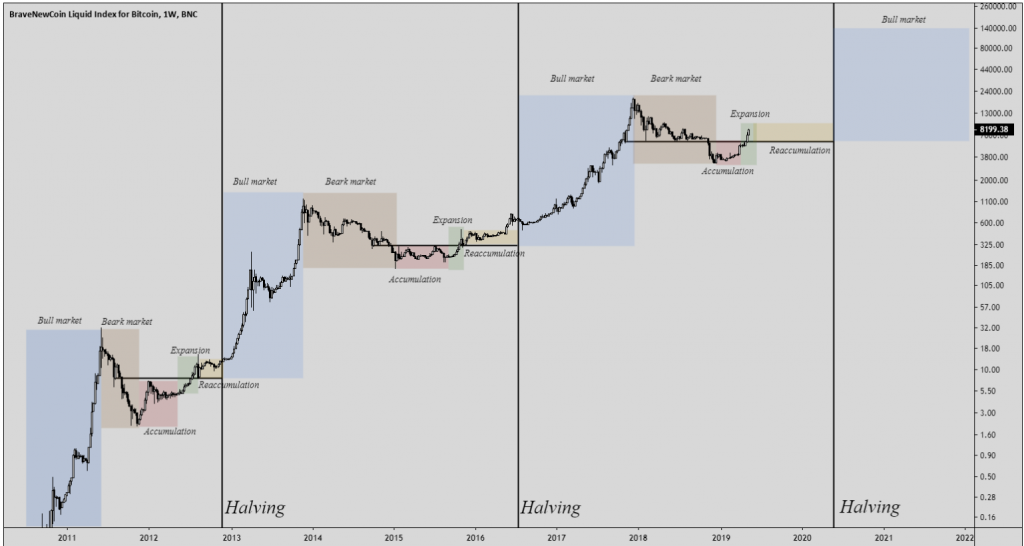 The next Bitcoin halving is a year away, scheduled at some time on 22nd May 2019. Hence, this period, according to him, marks the re-accumulation period as the price broke above resistance and support from the previous bull cycle at around $5800-$6000 levels.