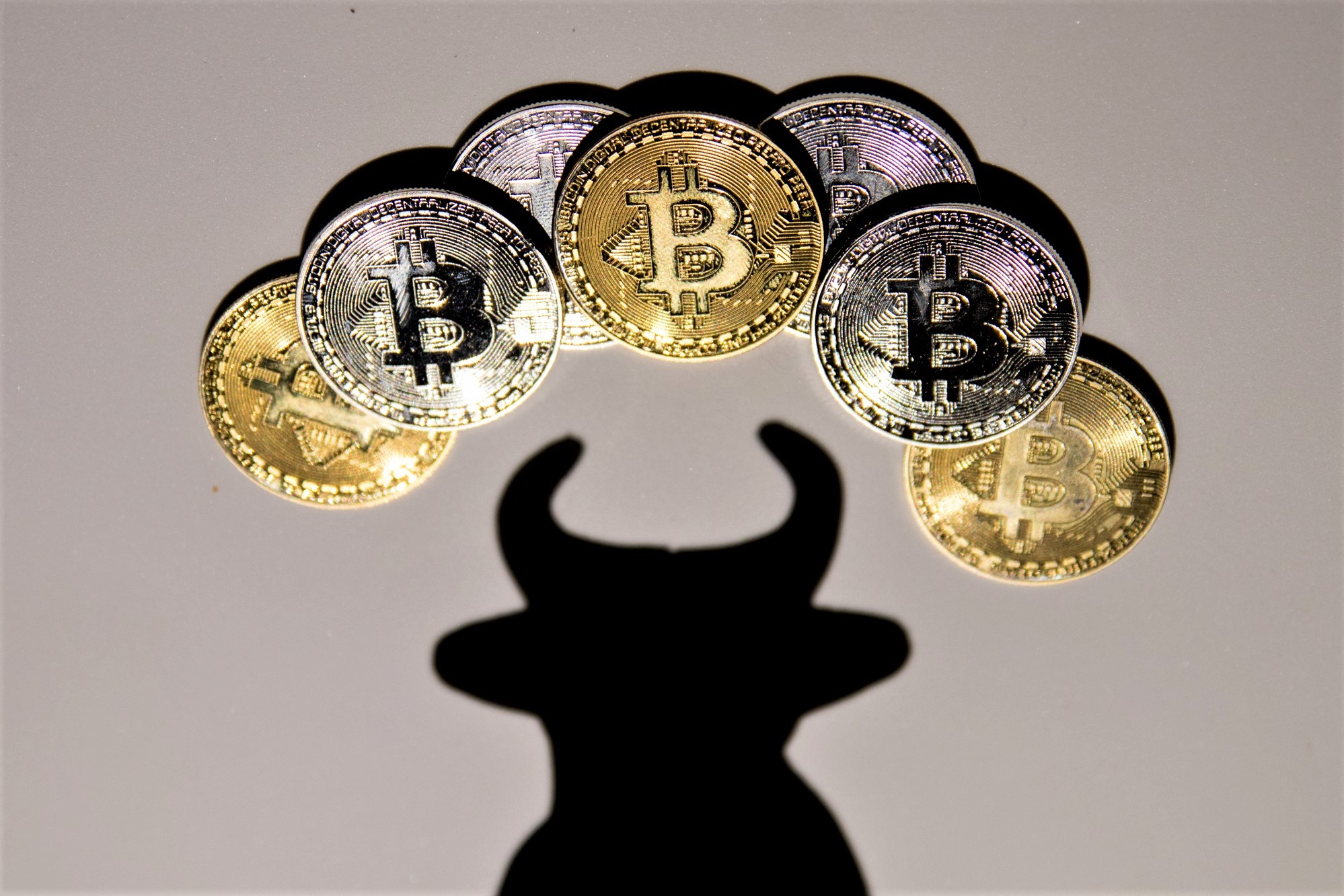 Wall Street’s so-called “experts” are creatures of habit. They behave in patterns that are as predictable as the tides.

When a market soars into bubble-land, they pour out of the woodwork to cheer the “powerful fundamental forces” that are driving prices higher.

When the bubble inevitably bursts, they scramble to predict its demise.

And precisely when a brand-new bull market is in the making, they pronounce its last rites.

Rarely is this pattern as clear as in cryptocurrencies, a much-maligned asset to begin with.

Just today, I found two strident Bitcoin eulogies. One refers to the “mother of all bubbles.” The other says that there’s no future in crypto.

Neither mentions that both the market and the market analysts are subject to the same cyclical pattern that repeats itself regularly:

Bitcoin enjoys a massive bull market, culminating in a frenzied parabolic surge of speculation — the period we call “the climax.”

It comes crashing down as speculators beat a panicky retreat.

It consolidates for months, creating a dead zone of sideways action or further decline, from which only the diehard survive.

And it launches a new bull market, repeating the cycle — again culminating in a blast-off climax.

But here’s the key:

In Cryptocurrencies, Each New Cycle Peak Is Dramatically Higher Than the Previous One.

The story begins in September 2010, just eight years ago, when Bitcoin was trading at close to 6 cents. Today, this same asset is trading at around $7,000 per token, a return of over 11 million percent.

No, the path from a half-dozen cents to thousands of dollars isn’t easy. Nor is it a straight line. But that’s the whole point: It happens in a cyclical pattern and that cycle is ultimately predictable.

Bitcoin begins the cycle with a powerful but non-parabolic rise — from 6 cents to 80 cents by April 2011. Until this point, the rise is driven mostly by Bitcoin users and long-term investors who understand the technology and share the vision of its founder.

Then, suddenly, average investors begin to pile in. But the market is still minuscule, extremely illiquid and unable to accommodate crowds. So prices go ballistic: Bitcoin literally blasts off to the stratosphere, surging from 80 cents to a high of $36. (See blue-highlighted area of chart.)

The crash follows immediately thereafter, as Bitcoin plunges by 93%! Much like today, naysayers re-emerge — ranting about the “a failed experiment,” raving about “the death of Bitcoin.”

Even at the ultimate bottom of the crash, investors who bought at the beginning of the bull market cycle sit on gains of 38 times their original investment.

Like in the prior bull cycle, Bitcoin enjoys a very solid run from its $2 low to about the $10 level, up fivefold.

Long-term buy-and-hold investors (nicknamed the “HODLers”), who bought early in the prior cycle, are delighted. But anyone who joined the prior cycle during the frantic run-up to $35 is still frustrated.

The frenzy returns in early January. The king of cryptos breaks out above $13 and starts accelerating to the upside once again, exploding to a nosebleed bubble high of $260 in April 2013.

Total rise from bottom to peak: about 13,000%! But again, the overwhelming bulk of the move is jammed into just two short months, from February 2013 to April 2013.

The bust strikes with even-greater fury. In less than a week, Bitcoin is back down to $50 by April 15 — an instant 80% crash!

And as usual, the “Bitcoin-is-dead” crowd dominates the headlines.

But as in the prior bull run …

Even at rock bottom, anyone who bought near the beginning of this cycle is sitting on an asset worth five times their original investment.

Irrational exuberance infects not only average investors, but also the media, which sings the praises of crypto … until, that is, the next bust strikes, ushering in Bitcoin’s longest bull market to date:

The bear market is so long and so deep, Bitcoin evangelist Andreas Antonopoulos says he’s worried about the future of crypto.

Even at the bottom, investors who bought at the beginning of the cycle still have tripled their original investment.

Moreover, this point is also the beginning of the greatest Bitcoin bull market of all time …

It takes Bitcoin a couple of years to recover from its great bear market of 2014.

As in the three previous cycles, however, it’s not until the last two months of the bull run that the public jumps in with both feet. Prices rise like a rocket. Bitcoin surges to its high of nearly $20,000 by December.

Many analysts, not personally familiar with the prior bull cycles, argue as if this is somehow “a new phenomenon.”

But as you’ve clearly seen, it’s anything but

It’s déjà vu. And for the third time!

The Next Bull Cycle is Still in the Making

If history is any guide …

• The first few months of the next bull cycle could be slow and choppy. Don’t expect prices to explode suddenly. But this will be the ideal time to invest.

• The core of the bull market will be solid but not parabolic. A good time to add steadily to your holdings.

• It’s not until the final blow-off phase that you will see Bitcoin make new all-time highs and rise parabolically. Time to take most of your money off the table in phases.

• The next crash is bound to wipe out at least half of the gains. But as before, early investors will still come out ahead. Even those who just HODL should be sitting on some fat profits.

Some analysts may think the ups and downs in Bitcoin are just an endless merry-go-round. But the fact is, with each bull cycle, the cryptocurrency markets are also evolving and making progress toward a more mature phase, ushering in three major changes.

Change #1. Bitcoin is no longer alone.

With each cycle, especially the most recent one, a wide variety of new cryptocurrencies have been introduced — several with far more advanced technology and use-cases. We’ve seen the introduction of Ethereum and smart contracts … the emergence of Ripple, Stellar, NEO, EOS and Cardano … and soon, Hedera Hashgraph.

Before 2010, all trading was over the counter. In 2013, only one exchange existed. And in 2014, the biggest exchange, Mt. Gox, failed. But the consequence was the birth of dozens of new, more secure exchanges. And today, there are 206 operating exchanges, according to CoinMarketCap.com.

Stepping back from the trees, it’s clear that the best days of cryptocurrencies are yet to come.

From a fundamental standpoint, engagement in cryptocurrencies has never been greater. The infrastructure and underlying technology are in the best state that they’ve ever been. In the long term, there’s only one way to go from here: onward and upward. 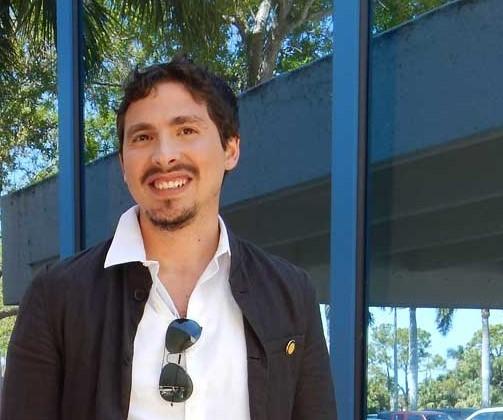 Juan Villaverde is an econometrician and mathematician devoted to the analysis of cryptocurrencies since 2012. He leads the Weiss Ratings team of analysts and computer programmers who created Weiss cryptocurrency ratings.