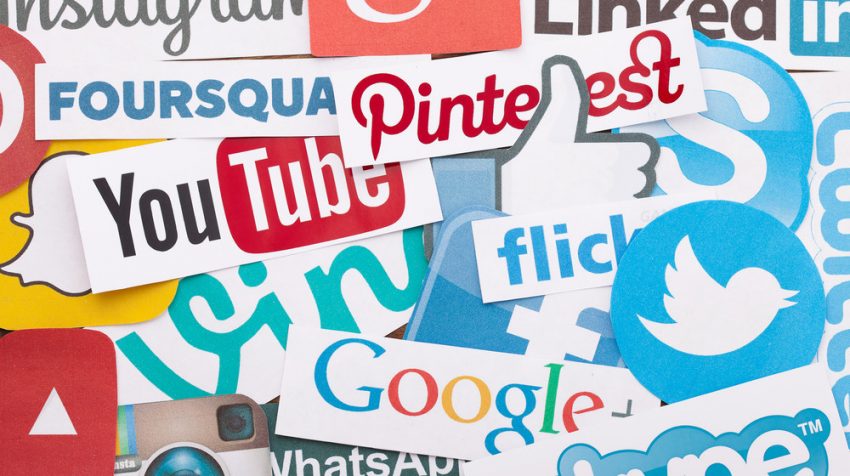 So What Is A Social Media Network?

Basically, a social media network is made up of individuals or organizations that are connected through various social contacts ranging from casual acquaintances to family members. Social networks are established to encourage connections and communication to occur on a wide variety of levels.

A basis for the theory of social networking was a study performed by Stanley Milgram in 1967 that established that any two random United States citizens are connected to one another by a series of six intermediaries, on the average. This idea was made more popular by the play and subsequent movie, “Six Degrees of Separation”, as well as the television show “Six Degrees”. Current Internet experiments continue to explore this concept, such as the Ohio State Electronic Small World Project and Columbia's Small World Project.

These experiments currently confirm that five to seven degrees of separation are sufficient to connect two people through the Internet. This also serves to confirm the potential effectiveness of Internet social networks to build new connections between people.

Internet social networks are a convenient way to link with new people, both personally and professionally. Consider that the senior director of Nielson/NetRatings, Jon Gibs, states that Internet “…social networking is not a fad that will disappear. If anything, it will become more ingrained in mainstream sites.”

This is the biggest social media network on the Internet, both in terms of total number of users and name recognition. Founded on February 4, 2004, Facebook has within 12 years managed to accumulate more than 1.59 billion monthly active users and this automatically makes it one of the best mediums for connecting people from all over the world with your business. It is estimated that more than 1 million small and medium-sized businesses use the platform to advertise their business.

You might be thinking that limiting your posts to 140 characters is no way to advertise your business, but you will be shocked to know that this social media platform has more than 320 million active monthly users who make use of the 140 character limit to pass on information. Businesses can use Twitter to interact with prospective clients, answer questions, release latest news and at the same time use the targeted ads with specific audiences. Twitter was founded on March 21, 2006, and has its headquarters in San Francisco, California.

Founded on December 14, 2002, and launched 0n May 5, 2003, LinkedIn is hands-down the most popular social media site for professional networking. The website is available in 24 languages and has over 400 million registered users. LinkedIn is great for people looking to connect with people in similar industries, networking with local professionals and displaying business related information and statistics.

While it’s no Twitter, Facebook or LinkedIn, Google+ has its place among the popular social media sites. Its SEO value alone makes it a must-use tool for any small business. Launched on December 15, 2011, Google+ has joined the big leagues registering 418 active million users as of December 2015.

YouTube — the largest and most popular video-based social media website — was founded on February 14, 2005, by three former PayPal employees. It was later bought by Google in November 2006 for $1.65 billion. YouTube has over 1 billion website visitors per month and is the second most popular search engine behind Google.

Launched in March 2010, Pinterest is a relatively newcomer in the social media arena. This platform consists of digital bulletin boards where businesses can pin their content.  Pinterest announced September 2015 that it had acquired 100 million users. Small businesses whose target audience is mostly made up of women should definitely invest in Pinterest as more than half of its visitors are women.

Like Pinterest, Instagram is a visual social media platform. The site, launched on October 6, 2010, has more than 400 million active users and is owned by Facebook. Many of its users use it to post information about travel, fashion, food, art and similar subjects. The platform is also distinguished by its unique filters together with video and photo editing features. Almost 95 percent of Instagram users also use Facebook.

Tumblr is one of the most difficult to use social networking platforms, but it’s also one of the most interesting sites. The platform allows several different post formats, including quote posts, chat posts, video and photo posts as well as audio posts, so you are never limited in the type of content that you can share. Like Twitter, reblogging, which is more like retweeting, is quick and easy. The social networking website was founded by David Karp in February 2007 and currently hosts more than 200 million blogs.

Flickr, pronounced “Flicker,” is an online image and video hosting platform that was created by the then Vancouver-based Ludicorp on February 10, 2004, and later acquired by Yahoo in 2005. The platform is popular with users who share and embed photographs.  As of October last year, Flickr had more than 112 million users and had its footprint in more than 63 countries. An average of a million photos are shared daily on Flickr.

This is a social news and entertainment networking website where registered users can submit content such as direct links and text posts. Users are also able to organize and determine their position on the site’s pages by voting submissions up or down. Submissions with the most positive votes appear in the top category or main page. Reddit was founded by University of Virginia roommates Alexis Ohanian and Steve Huffman on June 23, 2005. A decade later, the site boasts more than 36 million registered accounts and 231 million monthly visitors.

Snapchat is an image messaging application software product that was created by Reggie Brown, Evan Spiegel and Bobby Murphy when they were students at Stanford University. The app was officially released in September 2011, and within a short span of time they have grown immensely registering an average of 100 million daily active users as of May 2015. More than 18 percent of all social media users use Snapchat.

WhatsApp Messenger is a cross-platform instant messaging client for smartphones, PCs and tablets. The app relies on the Internet to send images, texts, documents, audio and video messages to other users that have the app installed on their devices. Launched in January 2010, WhatsApp Inc. was acquired by Facebook on February 19, 2004, for about $19.3 billion. Today, more than 1 billion people use the service to communicate with their friends, loved ones and even customers.

Capitalizing upon human curiosity is an ingenious idea that would lead to the creation and launch of Quora in June, 2009. The website, co-founded by two former Facebook employees, Charlie Cheever and Adam D’Angelo now claims that it received more than 80 million monthly unique visitors, with half of them coming from the U.S. So far, the question-and-answer website has managed to raise $141 in venture capital funds and while it doesn’t look ready to go public yet, it’s definitely a company to watch.

With over 40 million users, Vine is a rapidly growing video sharing social media app that allows users to share 6-second video clips with their followers. While this looks like a really short time for a video, businesses of all sizes are having tremendous success using the service. Vine was founded in June 2012 and later acquired by Twitter in October 2012, just before its official launch.

Periscope is a live video streaming mobile app that was developed by Joe Bernstein and Kayvon Beykpour. The two started the company in February 2014 and later sold it to Twitter for $100 million in March 2015. Four months after its March 2015 relaunch, Periscope said that it had surpassed 10 million accounts and in December the same year, Apple announced Periscope as the app of the year.

BizSugar is a social networking platform and niche resource for small business owners, entrepreneurs and managers. The site was created in 2007 by DBH Communications, Inc., a provider of award-winning business publications, and later acquired by Small Business Trends LLC, in 2009. The platform allows users to share videos, articles, blog posts, podcast among other content. It also allows users to view and vote on submissions by other members.

StumbleUpon is a discovery engine that finds and recommends content for its users. More than 25 million people use StumbleUpon for entertainment and information. In addition, more than 80,000 publishers, brands, and other marketers have used StumbleUpon’s Paid Discovery platform to promote their businesses. StumbleUpon was owned by eBay from May 2007 to April 2009, when Garrett Camp, Geoff Smith and several investors bought it back. It is now an independent, investor-backed startup once again.

This is a social bookmarking web service for discovering, storing and sharing web bookmarks. The site was founded by Peter Gadjokov and Joshua Schachter in 2003 and acquired in 2005 by Yahoo. By the end of 2008, Delicious claimed that it had bookmarked 180 million URLs and acquired more than 5.3 million users. The service was later sold to AVOS Systems in April 2011 who later sold it to Science Inc. In January this year, Delicious Media said that it had acquired the service.

Founded more than a decade ago (November 2004), Digg is a news aggregator with a curated front page that selects stories specifically for the Internet audience, The topics vary widely from trending political issues to science to viral Internet issues and anything in between. Digg supports sharing of content to other social media platforms such as Facebook and Twitter. In 2015, the company claimed that it had about 11 million active monthly users.

Viber is a Voice over IP (VoIP) and instant messaging app for mobile devices that was developed and released by Viber Media on December 2, 2010. The app also allows for the exchange of audio, video and images between users. As of April 2014, Viber had accrued close to 600 million registered users and 230 monthly active users.